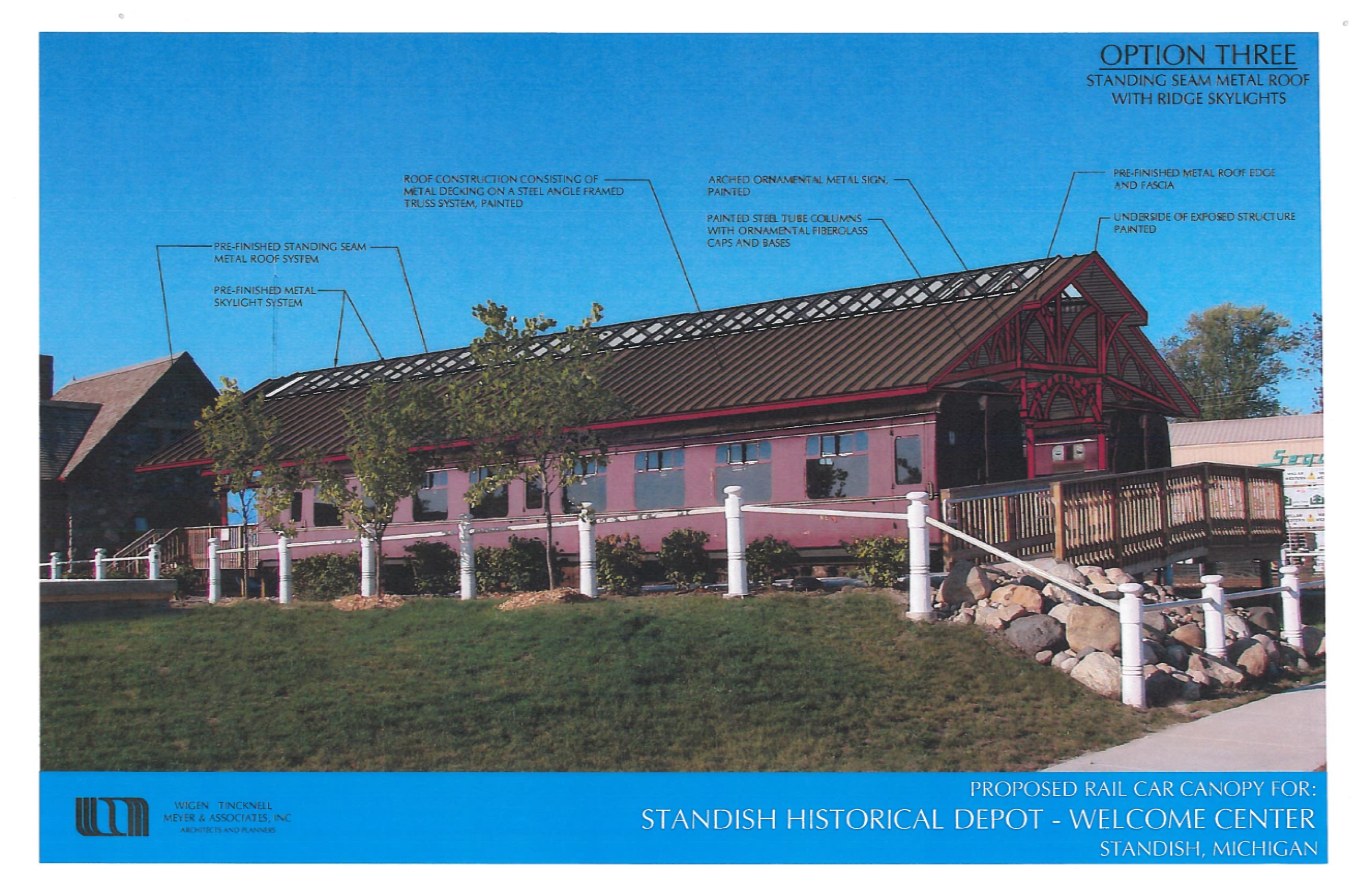 Letter from the Chairman

The Arenac Heritage Route Authority has come a long way since it was first formed in 2002.  The purchase of the Standish Michigan Central Depot was completed through donations from the community.  A four-phase restoration/renovation project was anticipated in order to get the facility into usable condition.  With the help of various Federal, State agencies and the community the project was completed in only one phase.

$117,000. of DEQ CMI Funds were used to remove five underground storage tanks and a heating oil tank from an old gas station.  One of the tanks still contained over five feet of gasoline and another had more than four feet of diesel fuel.  An estimated 500 tons of contaminated soil, 2,000 gallons of contaminated groundwater and 385 gallons of sludge were removed.

The Standish Historical Depot & Welcome Center celebrated its Grand Reopening October 6, 2007.  Coincidently the Depot was opened for the first time October 13, 1889.  The AHRA continues to celebrate the Opening and Grand Reopening with our annual Depot Days Celebration, the first weekend of every October.

Since the completion of the initial renovation project in 2007, a band stand has been added to the north end of the property.  Free concerts are held on Wednesdays for 8 weeks during the summer.

Other events and activities held at the Welcome Center are:

Since the addition of the static train car display we have known that someday we will have to cover the cars in order to protect them from the weather, summer and winter.  For the last 10 years we have been covering the coach cars with tarps, but it is now time to cover them permanently.  Various designs have been tried, however all designs have to be approved by the State Historical Preservation Office.  The design that has been approved is one that looks like a canopy that might have been constructed for a train to arrive under in the late 1800’s.  The structure would be made totally of steel with sky lights along the peak.

Not only would the new canopy protect the train cars, but it would create an additional space out of the weather for activities (Chamber functions and group meetings) too large for the Depot building.

We are asking for your financial support for the construction of the Rail Car Canopy.  Included is an Opinion of Probable Cost for the Standish Depot Railcar Canopy and an architectural drawing from WTA Architects.  WTA Architects is the same firm used during the original renovation project.  The Standish Downtown Development Authority (DDA) granted the AHRA $30,000. for the design phase of the construction project. 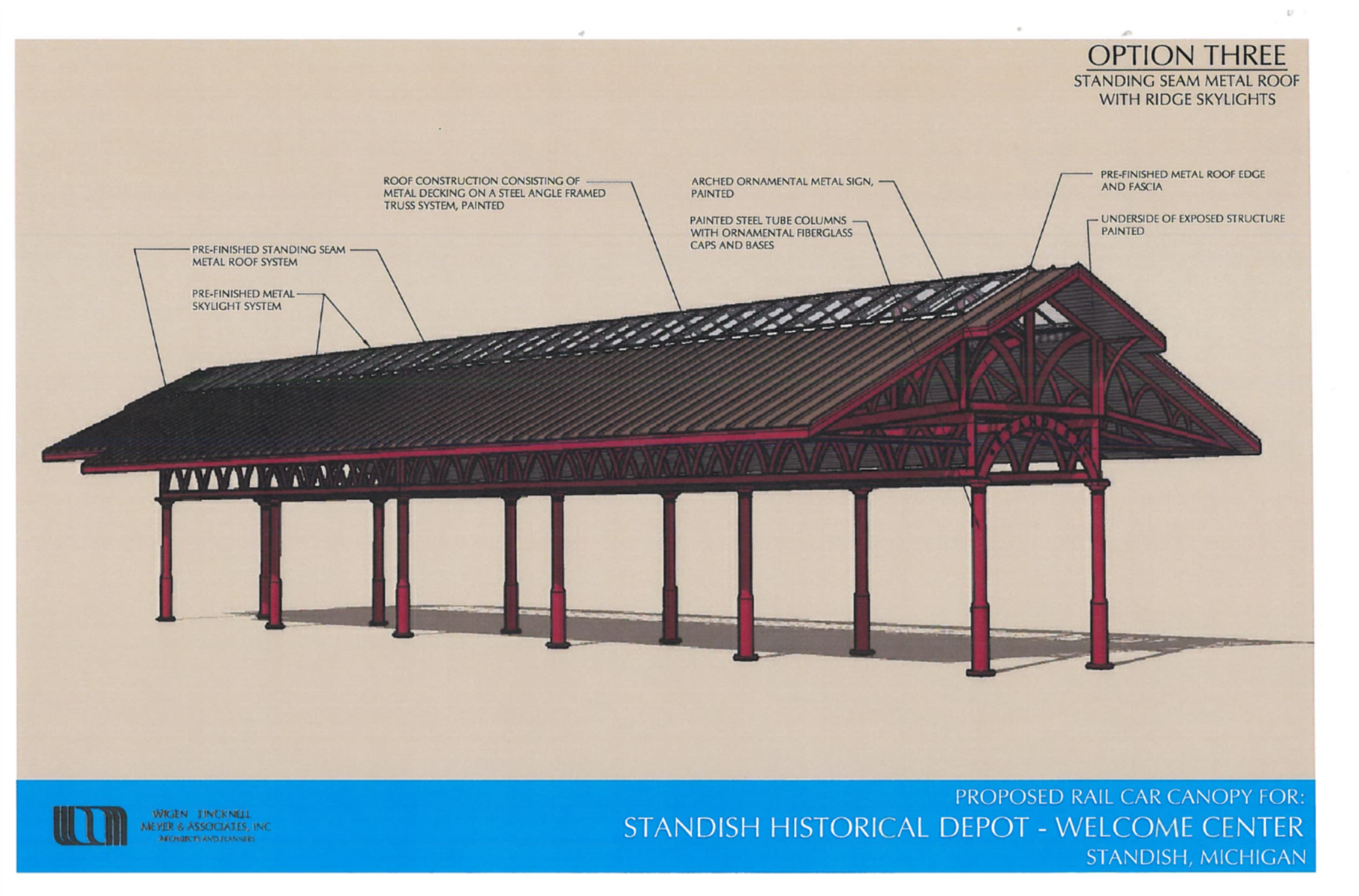