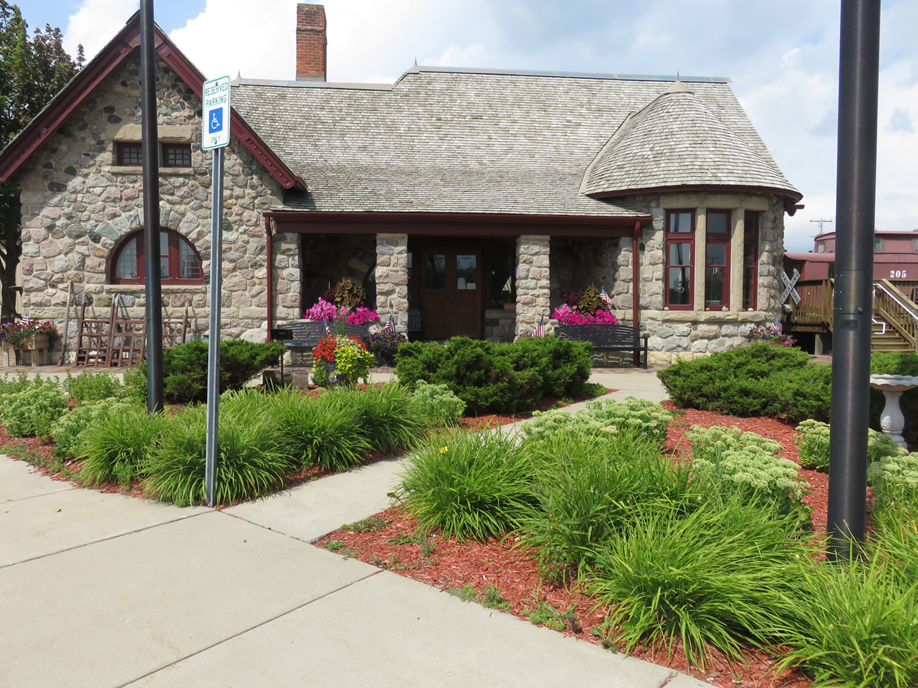 Visitor Center Hours of Operation: We do our best to adhere to the posted hours of operation however the Depot may not be open during these times if we do not have volunteer staffing. Consider calling ahead as you plan your trip – (989) 718-3021

The Arenac Heritage Route Authority “The Authority” is an intergovernmental authority comprised of the following:

Also the Village of Sterling, the City of Standish, City of Omer, and the City of AuGres.

The Urban Cooperation Act of 1967, Act 7 of Public Acts of Michigan of 1967, Ex. Sess, as amended (“Act 7”) being M.C.L. 124.501 (et seg.); MSA 5.4088(1) (et seg.), authorizes inter-local agreements between public agencies to exercise jointly any power, privilege or authority which the agencies share in common and which each might exercise separately.

Amended to include the Townships of AuGres and Whitney.

The Standish Historic Depot and Welcome Center is a Volunteer – Run organization, operating as a Welcome Center for the US 23 Heritage Route and a Museum for Arenac County which was established 2005. Maps and pamphlets for all points along the Northeast section of Michigan’s Lower Peninsula are available. Gift shop items are available.

Museum artifacts include many railroad memorabilia, a military display, Books. newspaper articles, and pictures of Arenac County and its people. Includes Class pictures from area schools.

“Standish Preservation Committee founder Brenda Matt and two committee members, Ruth Caldwell and Ron Schwab presented their endeavors for the historical train station by forming a committee and explaining to the society council how Standish is the first city on the proposed Heritage Route and having their committee being umbrellaed with the society, as the Charity Lighthouse Preservation Committee in 2002. Plans for a possible request of funding thru state grants for depot to encompass a Visitor Center and looking into buying Fletcher Oil property. A.C.H.S. accepted their committee proposal by unanimous vote…”

In 2004 a Herbert H. and Grace Dow Grant of $200,000 allowed the Authority to purchase the land where the Depot was on the corner of M-61 & US 23. At the time, Fletcher’s Gas Station was being removed. Under the direction of the Michigan Historical Preservation Office, the Authority began the renovation of the existing property and Depot structure, and the addition of a stone bath house, the Train Car platforms and the Gazebo. In addition a donation of $50,000 from the local DAV Chapter 100 allowed the newly formed AHRA to advance the preservation/restoration process.

Timeline of the Renovation Process